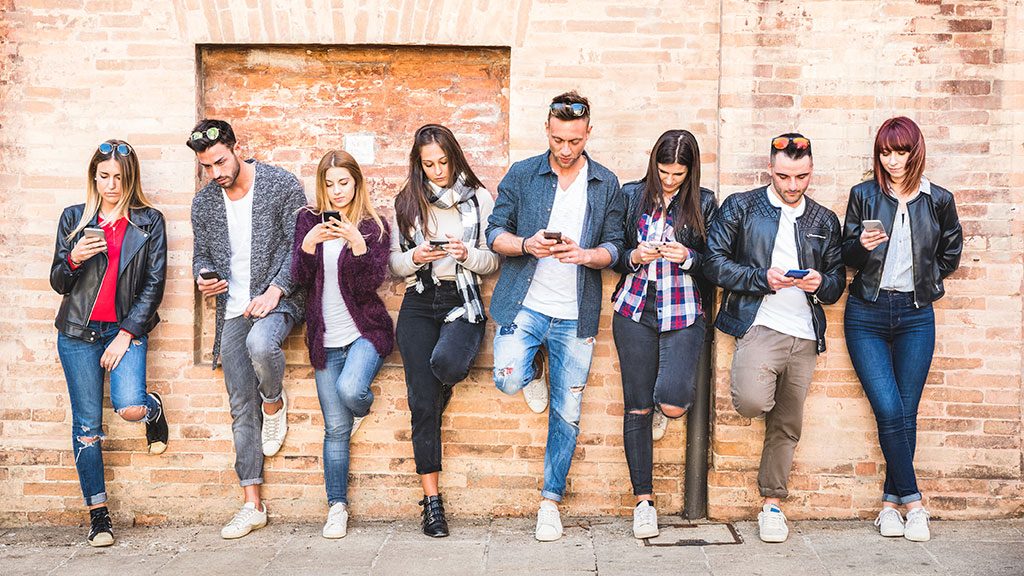 As the first generation baby boomers turn 65, millennials are projected to overtake Europe’s largest generation after the “boomers”(millenarian) became the largest generation. At a time when a significant percentage of the industrial world’s current workforce is at or nearing retirement, millennials — the oldest of which will turn 38 this year — are starting to transition at a rapid rate into management positions.

According to the Pew Research Center, more than 90% of millennials own a smartphone compared to just over 60% of baby boomers. Millennials grew up with smartphones full of apps and social channels and they expect to have the same technology at work to communicate with colleagues, exchange information and learn on the job.

Millennials and Generation Z , (with 1990 as a starting birth date) spend an average of 5.7 hours a day on their phones — this is more than what other generations would even sit behind their computer (less than 3hours a day). This explains why they expect that their employers offer the same connected team experience as they have in their personal lives.

So what does this mean for the manufacturing industry when millennials take charge?

Walkie talkies, paper checklists, heavy binders with instructions and clunky legacy software will be a thing of the past. You’ve got to go digital!

With millennials starting to increasingly run the show, mobile-first technologies will be championed at an accelerated rate that will become more of the norm over the next decade, replacing legacy console-based systems. Also, with the costs for smartphones, tablets and other similar mobile devices for the enterprise continuing to decrease, access for diskless workers will become more affordable — which, again, will lead to an increasing need for mobile-based worker apps.

Mobile technology on the factory floor not only makes it easier for teams to collaborate, but it will also improve worker safety. For example, when an operator spots an electrical hazard, he can quickly create an action item, add a picture and notify the appropriate person in real-time to go fix the problem. It’s now easier than ever to keep everyone on the same page, notify others about an emergency and prevent incidents before they happen.

Valuable know-how of workers that retire is lost. You have to find ways to capture tribal knowledge.

In light of the massive wave of retirements of members of the baby boomer generation, the retention of valuable organizational knowledge from older and retiring workers has been identified as an urgent need. In an infamous example of Boeing, the company offered early retirement to 9,000 senior employees during a downturn. But then an unexpected rush of new commercial airplane orders left the company critically short of skilled production workers. The knowledge lost from veteran employees, combined with the inexperience of their replacements, threw the firm’s 737 lines into chaos. Finally, management had to shut down production for more than three weeks to straighten out the assembly process, which forced Boeing to take a $1.6 billion charge against earnings and contributed to an eventual management shakeup.

Surprisingly, executives have known about “lost knowledge” and retiring baby boomers for years, and yet very few companies have taken steps to insure that there is some sort of effective knowledge transfer from boomers to younger employees.

High turnover rates – employees don’t stick as long to the job as they used to. It’s time to rethink how you attract and retain employees.

According to a recent survey by Deloitte, 61% of Millennial workers plan to leave their current role within the next two years. Both Millennials and Gen Z (born between 1995 and 2015) enter the workforce with entirely different expectations than the generations before them. Members of these newer generations were born into a world of technology and constant connectivity. They expect communication to be fast, constant, and at their fingertips and this is why it’s more important than ever to offer the same set of mobile technologies that these generations use in their personal lives. Training in offline classrooms and cluttered bulletin boards don’t do it for them. Approximately 25% of all new manufacturing employees leave within a year with almost 20% of turnover happening in the first month. By offering mobile technology to your workers’ employers can keep a pulse on employee engagement and find ways to improve retention and lower hiring costs related to high turnover rates.

Just as baby boomers affected change in the workplace, so will millennials have an impact on the technology that’s being deployed on the factory floor. Even though over 90% of Millenials have smartphones, less than 10% of manufacturing companies use mobile technology to enable workers to be more efficient and effective at doing their job.

Yoho helps bridge this gap with a connected worker platform so you can finally get rid of paper, streamline communications and increase productivity while reducing safety incidents to a minimum. Book a demo here to discover how we can help you bridge the gap!

More blog posts in this topic

Learn how to manage temporary workers efficiently with the use of Yoho - the innovative onboarding solution.

Time Management on the Factory Floor: How to Create an Effective Workflow

One of the most mundane yet time-consuming tasks that factory workers face daily is filling out paperwork.

Are you ready to move your workers on the next level?

Thank you! Your submission has been received!
Oops! Something went wrong while submitting the form.